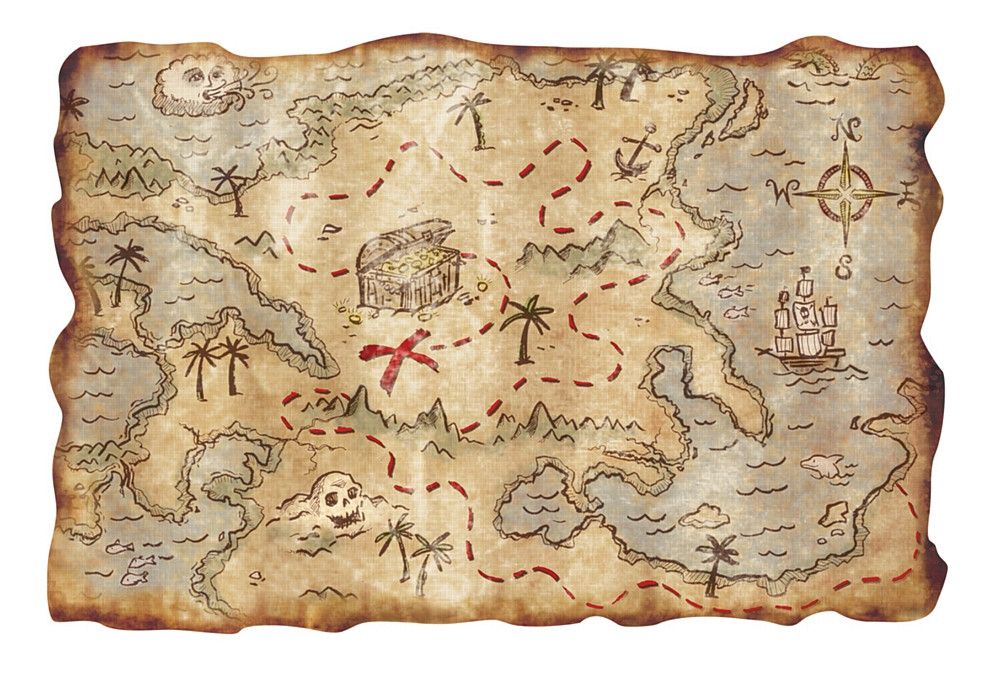 “No, Cynthia, look! We have to go through the Old Empty Log and then we can go on the Plank Bridge,” Sofia exclaimed as she aggressively pointed at the dotted line on the map.

“Sof, it doesn’t matter. We can just run down the stairs, pass the Red Fox Hole and then go on the Plank Bridge, right Kat?” I asked as I turned to our third friend.

“Wait guys, what’s the Old Empty Log and the Plank Bridge? I’m confused.” Katerina questioned, as a pout emerged on her face.

If you get through the screaming children running rampant on the rubber mats and pass their gossiping parents perched on the splintering, green, wooden benches, you’ll see a treasure map embedded in one of the walls of the playground. My best friends and I often argued about where the treasure was hidden. This playground became my quaint and cozy hideout from the problems in the outside world. According to the NYC Parks website, Alley Pond Park is the second largest park in Queens, but I know its main attraction is the Adventure Course. My park, less than half a mile away from my house, always seemed like its lacking, insignificant younger sibling in comparison. Nonetheless, I loved everything about Alley Pond Park’s jungle gym. From the rough and rocky chess tables that no one really used, to its unusual steering-wheel-like contraption that would make you so dizzy, you’d think the whole world was tilted to the left. But it almost disappeared instantly in 2011. Alex Johnson, a writer for NBC New York, wrote “Police Investigate Queens Playground Torching,” and this headline made it all the way to my television screen. The park was renovated and fixed in a matter of months, but for an over-dramatic six-year old, it was the end of the world. I always thought Alley Pond Park was a bit different from other parks. It had the ugliest shades of gray, brown and green with bright orange poles to complement. And there was no alley or pond to be seen, just a circular bike path with a grassy field and a few baseball dugouts in the middle. The New York City Department of Parks and Recreation claimed that the creators named the park after the commercial and manufacturing site, “The Alley,” that previously stood on the same spot. That center is theorized to have gotten its name from a glacier’s imprint. The “Pond” was formed by the melted ice that fell from the ice cap, creating a diverse ecosystem to host a variety of organisms. What was once a hub of biodiversity, is now a sanctuary for kids to form memories and later reminisce of their childhood. Alley Pond Park’s creative play areas attract children like a magnet. When you place a treasure map in front of kids, of course they’re going to follow it. 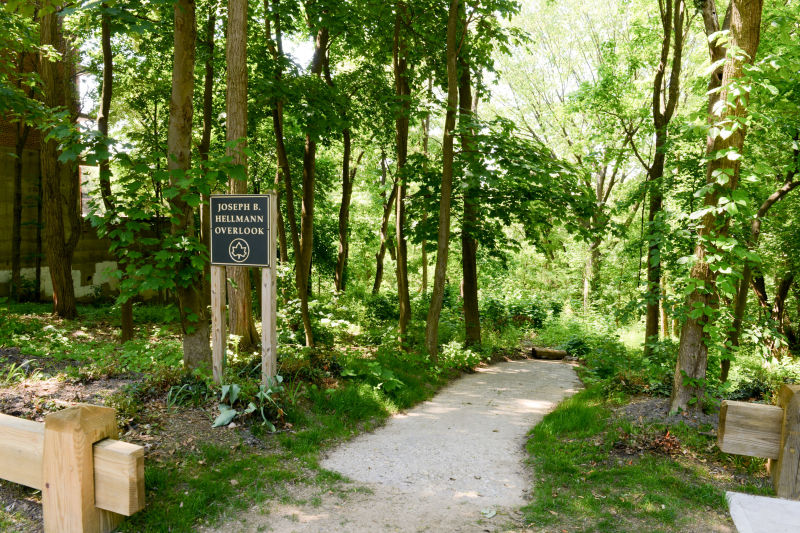 Who doesn’t want to find the buried treasure where X marks the spot? I would confidently say that my friends and I have gotten pretty close to making it to the end, except we always got lost around the Groundhog Hole Turn. Eventually, one of us would find the journey unamusing and propose to go back to one of our homes or play a different game.

I was in 5th grade when my two childhood best friends invited me and their other 4th grade friends to a get together at Alley Pond Park over the summer. We were tossing the soccer ball around on the grass when the clouds covered the sun and the sky transitioned from bright blue to light gray. We raced toward the playground to take advantage of its emptiness that mimicked a private recreation center. Instinctively, we gravitated towards the treasure map and bickered over which part of the park represented the Rabbit Patch. As the rain started to trickle down, I thought we’d have to pack up our items and head back home. To my surprise, Sofia sat at the edge of the rightmost slide and screamed “Who dares me to go down this slide?” Like the considerate friend I am, I gave her a gentle push while she was distracted and she slid down faster than she could curse me out. I followed suit, shouting so loud, my friends swore their eardrums burst. And that day, we created our own Alley Pond Water Park.

We forgot about the buried treasure, yet again, but we will forever remember our personal aquapark. Makeshift water parks weren’t all Alley Pond Park lived up to. Summers on its grounds used to be my ideal way to spend a relaxed and eventful day. I entered the park as I ran through the 3 foot long wooden posts that bordered the surrounding area and passed the family reunions that hosted a barbecue on the grassy surface. Once I reached the small tree with a kite stuck in its branches, the aroma of the sweet, smoky meat drifted away in the wind. I would ask my mom when it’ll be our turn to host the annual summer barbecue as I breathed in the fresh air and newly cut grass. The playground was my Holy Grail because I didn’t have a swingset in my backyard, like Sofia and Katerina. I spent hours mastering the moving hexagonal stepping stones and practiced ascending and descending the rock climbing walls as if I was on a real mountain. When former City Councilman Mark Weprin renovated the park after the fire in 2011, the center rock climbing wall was replaced by a curved ladder-like set. The space between the fourth and fifth step on the ladder was larger than the rest so small kids would take turns slipping through the gap, thinking it was a part of the journey on the pirate map. Perhaps this uneven spacing was made with the intention of unleashing the children’s creative side. More likely, it was an error in construction. Nevertheless, the miniscule changes in Alley Pond Park’s blueprints opened a new portal of ideas for young pirates like us. It’s been years since I’ve sat down and pointed to the black X on the treasure map in the playground with my friends. Or felt the static shock make my hair rise as I slid down the slide and the smooth polish of the monkey bars while my legs dangled aimlessly. I see a greater appeal in going into the city or shopping with my friends nowadays. COVID-19 and quarantine has made me realize that I don’t know the next time I’ll see the nostalgic places of my childhood. 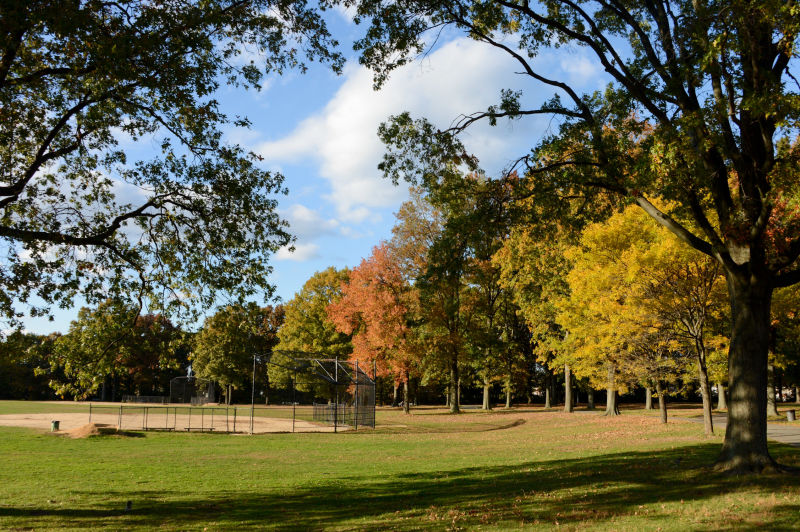 While I don’t think Alley Pond Park will permanently close down anytime soon, another fire could break out or the city could renovate the playground to the point where it becomes a stranger to me. In an instant, the treasure map I had worked so long to figure out could be forgotten and thrown into a landfill. And yet, the jungle gym still stands strong as it waits to welcome children’s laughter once more. As the families begin to return, so will I. I’ll pass by the bus stops I never noticed before and relive my childhood. Perhaps this time, I’ll be able to fulfill my childhood dream of finding the buried treasure.

It doesn’t matter how changed I am or how popular Alley Pond Park is, it’s still a repository of the echoes of my youth. Through all its obstacles, literally, it has never fallen. It may seem inferior to the Alley Pond Park Adventure Course down the trail, but it’s full of relay races, ice cream trucks, and pirate journeys. Now that I’m older, I recognize that the treasure map embellished the everyday slides and monkey bars with mysterious markers. The Groundhog Hole Turn was the wobbly stepping stones and the Rabbit Patch bore an interesting resemblance to the rock climbing walls. Never once did I notice that the map’s dotted lines, which guided our journeys to treasures unknown, were contained by the gates of the jungle gym. I realize now that the real fortune lies within Alley Pond Park itself.

Thank you for reading, Stay tune for more from our summer writing program submissions! 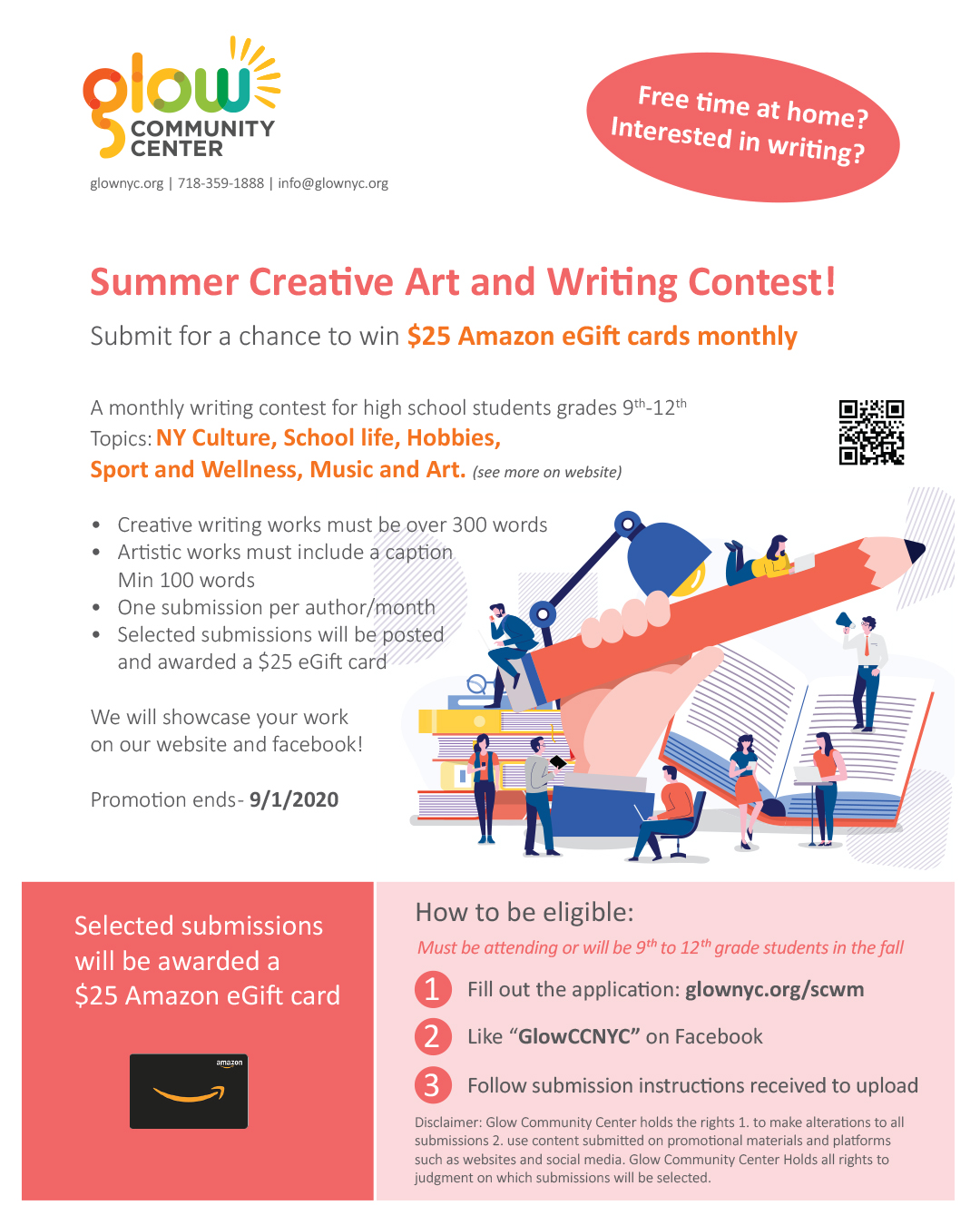