The Spirit of Martial Arts is In Us: Self Defense Closing Ceremony 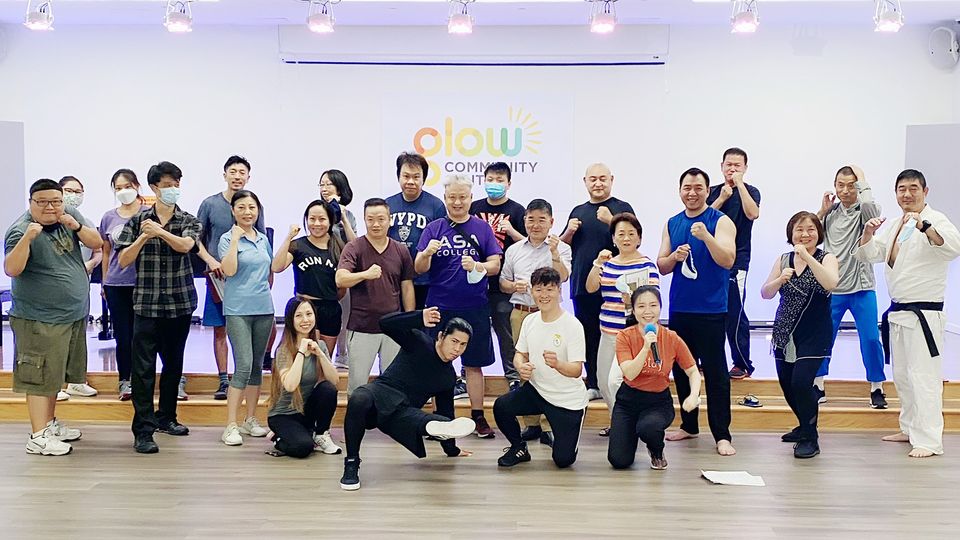 With Sunday being the sixth and final free lesson in the summer series, we held a small closing ceremony thanking our two coaches, Paul Lin and John Xiang, who had been teaching us for nearly two months through rain or shine. Paul has been a Kudo master for many years, and John is a sanda champion both here and in China. Our program coordinator Kenny Li has often referred to them as heroes.

The origin of our self-defense training series begins with our “Love and Unity in May” Anti-Asian hate benefit concert. Since the outbreak, and especially since the beginning of this year, there has been a surge in hate crimes against Asians that threatened every single person in our community. The PSP civilian patrol was an initiative that was set up against this backdrop. Asians have been jokingly referred to as a group of “silent” people. The civilian Patrol Group broke this stereotype when they took to the streets to do their part to keep our community safe. The artists from our benefit concert came to us to fundraise for community safety and to call everyone’s attention to the hate crime issue. In the end, we raised nearly 8,000 yuan to support the civilian patrol by providing them with the necessary equipment to teach a series of free training for the community residents. The spirit of martial arts is deeply rooted in tradition throughout Asia. Under the leadership of coach Lin and coach Xiang, we have become stronger and can better protect ourselves and our families.

Honorable New York City Councilman Peter Koo came to the ceremony as a special guest. Mr. Koo is very concerned about the anti-Asian hate crime issue and the safety of the community. After learning of our self-defense program and our efforts to combat anti-Asian hate, he attended the ceremony to present city council citation certificates to our coaches. 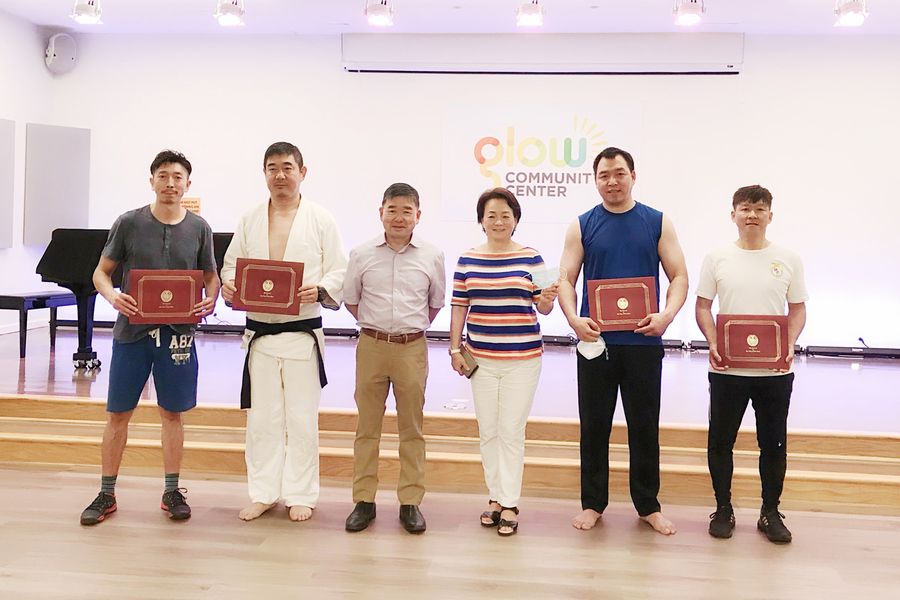 Coaches Paul and John joined Koo on the stage as well as our behind-the-scenes heroes Michael Zhang, a skilled teaching assistant, and Kenny Li, the vice president of the civilian patrol. Together, we celebrated all of your accomplishments. Ms. Tai Wang, president of Glow Community Center, presented the award.

Although this may have been our final free self-defense class, this doesn’t mean that the program is over! We will be hosting future classes for a price of 10 dollars per person. This fee will help support our program moving forward and help us continue to advocate for community safety.