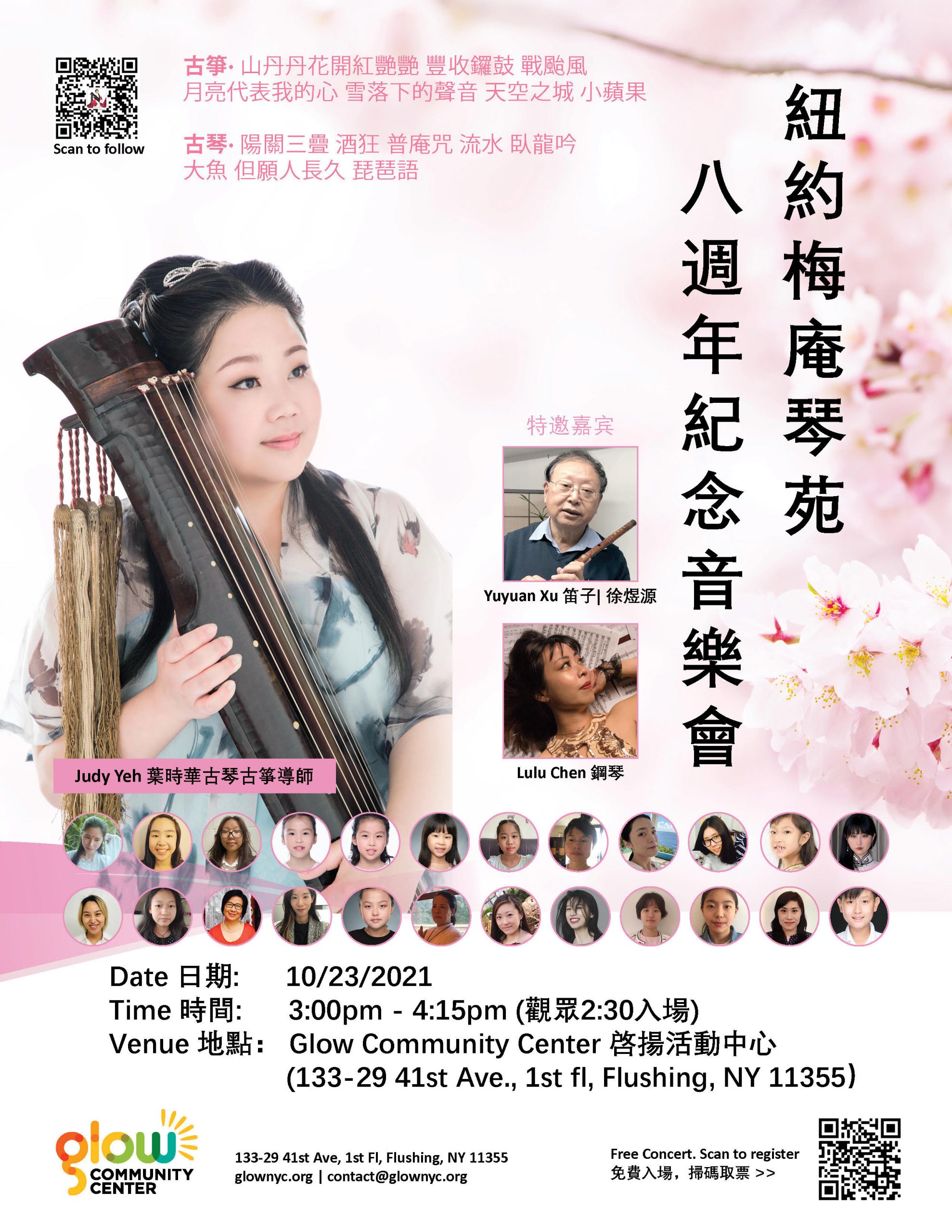 This year’s community concert celebrates the 8th Anniversary of the NY Guqin Center and their achievements working with many incredible artists and developing many talented students. Founded in 2013 by Ms. Shihua (Judy) Yeh, a guqin artist in the United States, the NY Guqin Center is the first Guqin Academy in the East of the United States. This community concert is free for the public to attend.

Shih-Hua (Judy) Yeh, acclaimed Guqin and Guzheng Master, is both Founder and Director of the Taiwanese Music Ensemble of New York. She is also the Founder of the New York Guqin School. Shih-Hua has specialized in playing professional concert performances on many varied Chinese musical instruments. She is a highly respected music educator and was named an official judge of music examinations by the China Conservatory of Music and Chinese Music Organization in 2011. She has also been a lecturer at the Jinwen University of Science and Technology in Taipei. Ms. Yeh graduated from the Taipei National University of the Art (TNUA) with a Guqin Major. She later earned her Master’s degree in Ethnomusicology from Sheffield University in the UK. Shih-Hua (Judy) is a member of the Water Stage Ensemble based at TNUA and has performed both nationally and internationally. She has won numerous awards in distinguished Chinese music events. She has been invited to perform at such highly honored and respected professional venues as Lincoln Center, Merkin Hall and Weill Recital Hall, Carnegie Hall.